What You Need To Know About The Novel Coronavirus

The novel coronavirus epidemic has started on December 8th,2019 in Wuhan, China. As of 23rd March, there were 81,093 reported cases in total out of which 72,703 cases are succesfully recovered . In its beginning, over 60 million people were under restricted order of movement by the Chinese government. These also include wearing of masks in public and an increase of healthcare capacity by, for example, construction of a 1200-bed hospital in just 10 days.

On the 30th of January 2020, the world health organisation(WHO) of the United Nations declared a public health emergency globally. Several countries have soon suspended air travel from affected areas, closed some borders with China, and initiated comprehensive preventive screening at airports.

Later on, the Chinese government revealed the outbreak was caused by a novel beta-coronavirus, named 2019-nCoV. The initial cases were soon identified to be from the seafood market in Wuhan where the live animals were sold. Though the virus has originally started from infected animals, most of the reported cases were shown to be caused by human-to-human transmission.

As an action plan, to respond to such epidemics requires not only immense public health and medical response but also proper researching to understand the basics. All or important scientific questions demand an answer quickly so that the policymakers can act upon it and direct the decisions accordingly. The transmission rate needs to be calculated to the model number of cases than can be expected in the future. The modes of transmission need to be properly addressed so that proper prevention methods can be adopted. The cases need to be dealt in a structured manner so that most severe and vulnerable people are taken care of first.

Important steps to be taken:

Everyone should continue to regularly wash their hands and avoid contacting the NHS unless it's essential. 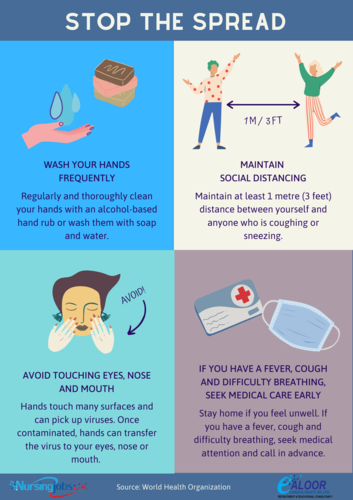 The strongest warnings are in place for those who are ill and the people close to them: